Posted on September 8, 2010 by Chris MacDonald 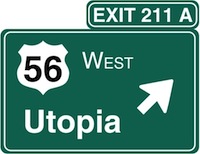 Meat production is perhaps the big ethical issue in the realm of food. Not that long ago, vegetarianism and veganism were the domain of hippies and university undergraduates, but not any longer. Now that the ecological impact of meat production is becoming clearer, meat is being critiqued by mainstream authors and editorialists and thinkers of all political stripes. James McWilliams, author of Just Food, calls meat “the new caviar.” And food guru Michael Pollan advises us, famously, to “Eat food, not too much, mostly vegetables.”

But not everyone is so sure. Author George Monbiot says he’s recently been convinced to change his mind about meat, after reading Simon Fairlie’s book, Meat: A Benign Extravagance [which I myself have not yet read].

Here’s Monbiot’s essay about it, in The Guardian: I was wrong about veganism. Let them eat meat – but farm it properly

In the Guardian in 2002 I discussed the sharp rise in the number of the world’s livestock, and the connection between their consumption of grain and human malnutrition. After reviewing the figures, I concluded that veganism “is the only ethical response to what is arguably the world’s most urgent social justice issue”. I still believe that the diversion of ever wider tracts of arable land from feeding people to feeding livestock is iniquitous and grotesque. So does the book I’m about to discuss. I no longer believe that the only ethical response is to stop eating meat….

Monbiot and Fairlie think that meat consumption can be ethical, under certain circumstances. How? Simple. Change just about everything about how meat is produced. First, stop raising so many cows (which need to be fed grain in large quantities, and are inefficient at converting grain into meat) and switch almost entirely to pigs. Then change how pigs are raised and fed:

If pigs are fed on residues and waste, and cattle on straw, stovers and grass from fallows and rangelands – food for which humans don’t compete – meat becomes a very efficient means of food production….

Clearly, there are a lot of “ifs” in this scenario, a lot of changes to make to some very entrenched practices.

But the key weakness is this: In his conclusion, Manbriot says we (each, individually) could with a clear conscience eat meat “if we were to adopt” (and presumably that’s “we”, collectively) the kind of system he & Fairlie advocate. But notice that there simply is no “we” of the second kind, in the absence of a planned economy. “We” (via government) can push & nudge the food system in various directions, but “we” cannot “adopt” a food system, as a working whole.

—
Thanks to SB for showing me this story.

I'm a philosopher who teaches at Ryerson University's Ted Rogers School of Management in Toronto, Canada. Most of my scholarly research is on business ethics and healthcare ethics.
View all posts by Chris MacDonald →
This entry was posted in consumerism, ecosystems, environment, farmers, meat, public policy, vegan, vegetarianism. Bookmark the permalink.