Posted on November 6, 2010 by Chris MacDonald 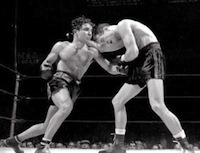 The British papers are having it out over fairtrade coffee this week:

Here’s the first volley, from Sean Poulter, writing for the Daily Mail: Unfair trade: Ethical food ‘is not lifting Third World farmers out of poverty’

Sales of its food have boomed on the back of promises that it delivers a fair price and decent working conditions to Third World farmers.

But Fairtrade products are failing to lift the farmers out of poverty, according to a study published today.

Less than 25 per cent of the price premium paid by shoppers for Fairtrade’s ‘ethical food’, such as coffee and chocolate, reaches the farmer, the controversial think-tank report suggests….

(The think-tank in question, by the way, is the free-market oriented Institute of Economic Affairs.)

And then, in response, there’s this piece by John Vidal, on the Guardian‘s “Poverty Matters” blog : A question for the fair trade critics: How much is human dignity worth?

Every self-respecting libertarian and free-market ideologue has to have a crack at fair trade. It’s like a rite of passage
…
But as someone who has visted fair trade projects in both African and Latin American countries, I can attest that it’s highly popular in the co-operatives it works with, and it makes a real difference to small farmers….

I’ve blogged recently about fairtrade coffee. See: Ethics and Economics (And Coffee Too), where I pointed out that, when you understand a bit about the economics of pricing, there’s reason for skepticism about the fairtrade notion. It’s not clear that schemes that involve consumers voluntarily paying extra can succeed promoting better outcomes overall, if that’s measured in terms of wealth. But Vidal’s piece in the Guardian rightly points out that such outcomes aren’t the only thing that matters, ethically. Justice and human dignity and treating people respectfully also matter.

Unfortunately, the Guardian piece isn’t as effective at making its point as it might be. It doesn’t, for example, tackle in any serious way the empirical claims made by the report, . While it’s true that promoting net welfare isn’t the only thing that matters, it certainly is an important factor. But instead, the piece mainly focuses on attacking the IEA and the people who wrote the report. It also wrongly implies that libertarians (a term it applies to the IEA) are against small enterprises and collectives, when in fact libertarians tend to love both (since they imply voluntary association with minimal government intervention).

I think that overall it’s still pretty unclear what consumers should think of fairtrade coffee. It’s not clear to me that, as a generalization, buying fairtrade is an effective way of making the world a better place. But I don’t think it’s necessarily a bad thing, unless of course it allows consumers to fool themselves into thinking they’ve helped more than they have.

I'm a philosopher who teaches at Ryerson University's Ted Rogers School of Management in Toronto, Canada. Most of my scholarly research is on business ethics and healthcare ethics.
View all posts by Chris MacDonald →
This entry was posted in certifiction, ethics, fairtrade, labeling. Bookmark the permalink.